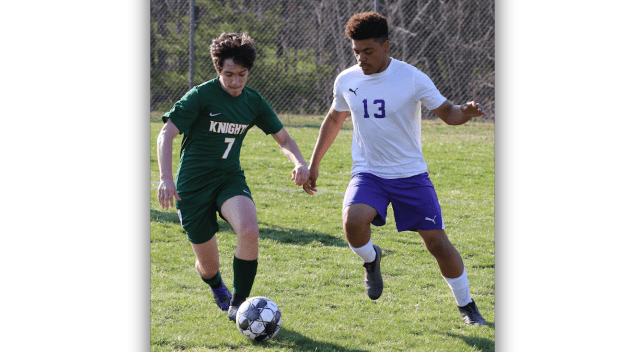 Central High School’s Khalil Wood was described by his coach as the heart of the Charger defense and a leader from the moment he stepped onto the field.

‘The glue that held the team together’

Whatever success Central High School’s varsity soccer team experienced the past few years, it did so in large part due to the contributions of Khalil Wood.

“First, I started playing my 10th-grade year, and I was on offense, and then I wasn’t too good at it,” Wood said. “Then one game, (Coach) said, ‘Khalil, how would you like to play D?’ And I said, ‘Coach, just put me anywhere.’ And from that point on, from that game, I’ve always been a defensive player. The biggest contribution I made was playing defense, helping my team out on the defensive side.”

Chargers Head Coach Hunter Dipaolo did not mince words when describing Wood’s role on the team.

“He is the heart of the Charger defense,” the coach stated. “Khalil plays in the center back position in a diamond defensive formation. He is the last line of defense and a formidable last man to beat. He is quick, strong and tenacious. Khalil is the leader of the defense and the eyes of the field.”

Dipaolo noted Wood’s role was to make sure everyone was in position and ready for the approaching attack from the opposing team.

“While there aren’t as many stats kept for defense, without Khalil, the team would have a lot more goals scored on them,” the coach stated. “Khalil was selected for the second all-region team for both the 2018 and 2019 season in a very competitive region for soccer.”

Wood, a member of the class of 2020, was not able to take the field with his teammates for a single game this spring due to the COVID-19 pandemic, a reality that he said hit him hard.

“I was so hyped up to play our first scrimmage in Franklin,” he said. “And then talking to my Coach Dipaolo, telling us that somebody had canceled the game and all that because of the coronavirus, it hit me pretty hard because it’s my senior year, and I didn’t really get to play the sport that I really love to be playing in the spring and didn’t really get to finish my school year out like I wanted to.”

He described what he missed the most about the lost 2020 season.

“Really, all the new players we had and me, working on my defense and helping out Coach Dipaolo and all that and being the team leader I am, helping out the newbies, the freshmen and some of the new people that are on the team, being the captain and all, showing them the role model you’re supposed to be on the field and just really playing with all my friends and family out there,” he said.

Dipaolo said Wood was a leader from the moment he stepped onto the field during his time as a varsity player.

“His work ethic, positive attitude and no-nonsense approach to practice and games quickly endeared him to all of his teammates,” Dipaolo said. “Khalil is a player of few words and many actions. He is quick to help a player up, regardless of which team the player is on. He is always there for support when a teammate is having a bad day. Khalil is the glue that held the team together in many ways. Khalil would have been a captain for the 2020 soccer season.”

Wood, also a key contributor to Central’s football team, hinted his soccer playing days may not be over, but he is not sure either way.

“To be honest, I might try to play soccer at a higher level, going to college, starting off at community college, get stuff right, and then going to a university and play,” he said. “If not, then it would have been good to play my senior year in soccer.”

He said he plans to go to Southside Virginia Community College and major in nursing.