Included in this year’s NDAA is a section I authored as well as two amendments that I co-sponsored. The National Defense Authorization Act fulfills one of Congress’ most essential duties: funding our military.  This year’s NDAA puts our troops and America’s security first by laying the foundations for an Indo-Pacific Command Deterrence Initiative, continuing to reform the Pentagon’s business practices, and improving provisions to support military families. 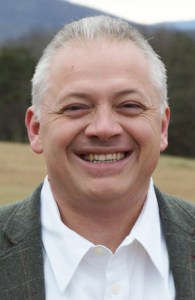 Passing the National Defense Authorization Act is one of Congress’ most important constitutional duties.  It is imperative that Congress pass a bill to support the brave men and women of our Armed Forces and provide them with the resources they need. I am especially pleased that three sections I co-authored were included in the final version of the bill.  Those sections will equip our armed forces with the skills they need, deter our enemies’ threats, and keep Americans safe.

The legislation I authored was the Banking Transparency for Sanctioned Persons Amendment which requires the Treasury Secretary to submit a semi-annual report regarding financial services for state sponsors of terrorism and puts foreign banks on alert that Congress will be watching their dealings with human rights abusers and corrupt officials.

The first amendment I co-sponsored is entitled “Limitation on Eligibility of For-Profit Institutions To Participate In Educational Assistance Programs of the Department of Defense.” This amendment to the National Defense Authorization Act will close the 90/10 loophole and help send more veterans to college by stopping for-profit institutions from exploiting Department of Defense funding.

The second amendment that I co-sponsored is the “Homeland and Cyber Threat Act,” which creates a cyberattack exception under the Foreign Sovereign Immunities Act (FSIA) to protect U.S. nationals against foreign state-sponsored cyber attacks.

The application process for student nominations to the U.S. service academies is now open. As a member of Congress, I have the distinct honor of nominating candidates to four of the five U.S. service academies. Members of Congress can nominate candidates to the U.S. Military Academy (West Point), U.S. Naval Academy, U.S. Air Force Academy, and U.S. Merchant Marine Academy. The fifth service academy, U.S. Coast Guard Academy, does not require a Congressional nomination for an appointment. The honor of attending a U.S. service academy comes with the obligation and commitment to serve in the military for a minimum of five years upon graduation. For more information and how to apply visit my website. I am deeply proud of my own time serving as an Air Force officer and am grateful for all our students who are willing to serve.

The National Zoo has reopened in Washington. The zoo will be open from 8 a.m. to 4 p.m. daily.  Timed passes will be required for entry.

Earlier this week, I was saddened to learn of the passing of Congressman John Lewis of Georgia.  Congressman Lewis was a giant who fought for civil liberties and spoke out against injustice. It was an honor to serve with him in Congress. On Monday, the late Congressman will lie in state in the Capitol Rotunda.

If you need help with a federal agency, please contact my Charlottesville Office at (434) 973-9631.  At this time all indoor Smithsonian museums in Washington are temporarily closed to the public. Additionally, tours of the White House, U.S. Capitol, FBI, and Library of Congress have been suspended to help contain the outbreak and prevent community spread.

All of us have been challenged by the events in the news this year. It was heartbreaking enough when our... read more