COLUMN — The special session may finally be over

The General Assembly, by constitution, meets for 60 days in even years and 45 days in odd years.  This year, the governor called a special session to begin on August 18.  Putting that into perspective, it lasted 60 days.  Two weeks longer than the normal session that will begin in January. 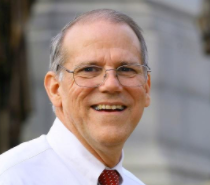 The reason Gov. Ralph Northam called the session was to rework the budget that was falling below expectations because of the pandemic.   Little did we understand that the real focus was to be how to transform Virginia into one of the most liberal states in America.

Northam and the Democrat majority’s highest focus in the regular session and again in the special session was how to transform a very secure voting system to one that is now open to fraud.  In years past, “harvesting” votes was illegal, now it is almost encouraged.  “Harvesting” is a process of getting people to request an absentee ballot then, when it is received, helping that voter fill out the ballot and take the ballot with others to a voter box rather than mailing it in a more secure mail box.

The next big set of issues dealt with law enforcement.  With a backdrop of riots in the streets of Portland, Oregon and many other cities across America, including Richmond, the majority party was focused on blocking police from protecting your family’s life and property.  Many legislative proposals were introduced that will prevent officers from enforcing laws that have been on the books for years.

HB5013 would have eliminated sovereign immunity for law enforcement while on duty.  This would have allowed someone arrested to sue the officer.  If this had passed, we would have lost many of our best officers.

SB5032 would have eliminated the mandatory jail time if convicted of assaulting a law enforcement officer.

HB5049 provides that no state or local law-enforcement agency shall acquire or purchase any surplus equipment from the U.S. military.  Under a program that began decades ago, localities could apply for such equipment – usually for free.  This bill would require that equipment already on hand would have to be disposed of unless the state gives them a waiver to keep it.

SB5029 bars an officer from stopping a vehicle in certain cases such as defective equipment, brake lights, and several other reasons.  Leaving dangerous cars on the road to endanger your family.

HB5148 will reduce the sentence of prisoners by as much as two months for each year they were sentenced.  Many will return to their community where they may well prey on innocent citizens.

HB5055 authorizes civilian oversight bodies over law enforcement.  This would allow citizens sitting in a conference room to second guess actions in life or death situations.

These bills passed but insufficient money was set aside to fund them.

SB5007 deals with the use of juries.  As written, this could jam up our courts and require the use of more judges, clerks, and other courthouse personnel.

HB5043 deals with mental health issues in cases where law enforcement is involved.  While this is important legislation, it will delay how quickly officers can respond to volatile situations in which life may be at risk.  More time should have been set aside to hire and train the needed specialist that will be required.

HB5051 prevents a law enforcement officer moving to another police department after being fired by a previous department.

SB5014 requires that officers have greater training in how best to handle crisis situations including those that have mental health issues.

Additionally, there were assorted bills that passed that pitted one group against another group.  Such as renters versus those who rent homes and utility users versus those who provide water, electricity, and gas.  In some cases, it will put small providers in financial dilemmas.  In all cases, costs will be shifted to taxpayers or other utility users.

COLUMN — ‘I always strive to put people over party’

I am honored to be serving as your representative in Congress, and I am proud to share some of the... read more