Return to political norms would be welcomed

One of the results of the Donald Trump administration has been to obliterate any norms and traditions of the presidency, culminating in the incitement of a riot that resulted in death and destruction during last week’s siege of the U.S. Capitol.

There have been firings over Twitter, one-on-one meetings with a beguiling dictator and a slew of indictments, convictions and investigations of staff and associates. It has not been the normal presidency and will not have a typical conclusion as Trump has refused to fully concede he lost the election and has said he will not attend the inauguration of Joe Biden.

To get some perspective on where we are and where we may be going, I had a conversation with Longwood University President Taylor Reveley.

Reveley has spent a lot of time studying the U.S. presidency in law school as well as when he served for eight years on the faculty of the Miller Center at the University of Virginia. He said President-elect Joe Biden is well-position to bring tradition and decorum back to the office. 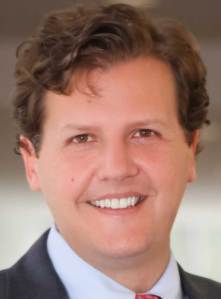 “Something that President-Elect Biden has going for him in regards to tradition is he is, for better or worse, a creature of Washington,” Reveley said. “He was elected a senator before he was 30 years old and has been a fixture in Washington for decades. So he knows the rhythms of the different institutions of Washington, and I think, will himself, be really focused on trying to reestablish tradition.”

Reveley said the Trump presidency most closely compares with the term of Andrew Jackson who ushered in an age of populism.

“I think Donald Trump himself has thought of Andrew Jackson himself as a predecessor,” Reveley said.

He also compared Trump to Wilson in terms of countless historical developments. Both were plagued with a pandemic and both of their predecessors (Warren Harding and Biden) campaigned on a return to normalcy.

Reveley said despite recent events, he is optimistic about the future.

“The thing I often tell students and young people is that there is optimism to be found in history,” Reveley said. “I would say that even with everything America is facing now and has faced over recent years, we can still look to the 1930s or the 1850s or to the 1770s and find stretches in American history where the challenges were, honestly, perhaps even more severe than what we face right now, where the country has been able to come together ultimately and progress. There is some solace and some fortitude in knowing that we’ve dealt with really great challenges before.”

Reveley pointed out the generation of college-age young people have never seen the nation not in a state of high anxiety. From the terror attacks of Sept. 11 to the wars in Iraq and Afghanistan to the economic crash of 2008 and now the pandemic, they have had a difficult first 20 years of their lives.

“As much as we have seen, the country still has a resilience to it,” Reveley said. “And still I think we all feel we can move forward. We just need to find those voices that will call our better nature and the better angels of our nature.”

A new way to formulate the state budget

Every year, the most important thing that the governor of Virginia does is produce a budget or a revised budget. ... read more