The landscape of area high school sports, which has been in a constant state of flux since the beginning of the COVID-19 pandemic, has shifted once again with the announcement last week that Buckingham County High School would not be participating in rescheduled fall sports for the 2020-21 school year.

Central Athletics Director Wallace Owen said participating in fall sports is still a possibility for the Chargers, but much uncertainty remains. 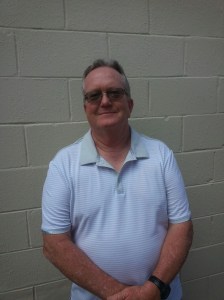 “I can’t tell you at this point other than if we are able, we will,” he said.

He noted that several months ago, the Lunenburg County School Board stated that once students are back in school via hybrid learning, sports and activities could resume.

“We were scheduled to start hybrid this week,” Owen said Tuesday, Jan. 19. “To make a long story short, that was postponed.”

He said there are three possible scenarios for Central moving forward. One, the Chargers might not participate in fall sports. Two, if they are back in school via hybrid learning, they would participate. Three, if they start hybrid learning at some point during the VHSL’s condensed 2020-21 fall sports schedule, the Chargers might begin participation late, perhaps even significantly late.

Owen said he is hopeful Central will participate.

“I feel like with some of the governor’s latest comments about getting kids back in school, I feel kind of good about that,” he said, though he added that he also sees the discouraging COVID-19 statistics as well.

Due to the pandemic, Central has not been participating in 2020-21 winter sports.

Kenston Forest, however, has been able to begin winter sports, and the school’s athletics director, Joe Maione, said the school expects to begin playing football as well.

“The (Virginia Independent Schools Football League) VISFL is moving forward with football — we should have an updated schedule early this week,” he stated in a Monday, Jan. 18, email. “Eight-man football practices will begin Feb. 1, and we will play a six-game schedule with games beginning on Feb. 19.”

He added there will not be a postseason or playoffs this year, and Kenston Forest will field only a varsity team.

“Volleyball will have 12 play dates beginning Feb. 16,” he said. “Cross country will have six meets beginning on Feb. 17.”

Kenston Forest begins the season at 1-2