Officially recognized by then-President Gerald Ford in 1976, the commemoration grew from groundwork established by Carter G. Woodson and others during the opening decades of the 20th century.

The observation provides a moment to reflect on the contributions African Americans have made throughout the centuries of U.S. history and to honor their achievements. Throughout February’s days, Black History Month affords an opportunity to open conversations and learn more about the intertwined histories of the diverse groups of people who comprise the American population. 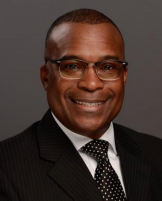 February was chosen for this observation because of its link to the birthdays of Abraham Lincoln, the 16th U.S. President, and Frederick Douglass, a former slave who achieved renown as an author, speaker, and activist for the abolition of slavery.

The month opens with National Freedom Day, marking the anniversary of the day in 1865 when Lincoln signed the Congressional resolution that became the 13th Amendment to the U.S. Constitution, abolishing slavery.

As Black History Month concludes, our nation will move forward with a renewed understanding of the need for inclusive and thoughtful dialog about the things we value.

Virginia’s community colleges have a lot to contribute to this vital conversation. Glenn DuBois, chancellor of the Virginia Community College System (VCCS), recently acknowledged, “When it comes to the issue of race, Virginia has baggage.” Referring to the 1607 Jamestown settlement, he explained, “Much of the modern America we know sprang from that tiny outpost on the banks of the James River. And race plays a leading role in so many of the chapters of that story, including bloody clashes between native tribes and English settlers; the origins of American slavery; the Revolutionary and Civil wars whose battle scars yet mark Virginia soil; and the shadows of Reconstruction and Jim Crow that linger yet.”

With this in mind, the VCCS has initiated the development of a new strategic plan with a revitalized emphasis on equity, diversity, and inclusion, not just for African Americans, but for all people irrespective of race, ethnicity, income level, gender, or other inherent challenges. As president at Southside Virginia Community College, I am strongly committed to work aligned with the statewide initiative that is being done by our Diversity, Equity, and Inclusion Committee. One of our goals is to have a college community that is reflective of the communities and students we serve.

In honor of Black History Month and in preparation for moving forward into our shared future, I encourage you to get to know someone who is different from you. Talk to someone with a different ethnic group, race, gender, or culture.   Open a dialog with someone who is older or younger. Have a conversation with someone whose life experiences differ from yours. Ask questions, share, and listen. Learn from people who tell stories about their own and their community’s struggles. There is much to be done to reconcile inequities. We need to be not just accepting but appreciative of our differences and of our likenesses.

I am an eternal optimist. I am also a realist. I am an African American male in America, and I have faith in my country, in my college, and in the will of people to change. I believe the future looks bright for all of us.

Dr. Quentin R. Johnson is president of Southside Virginia Community College, an institution of higher learning that provides a wide variety of education opportunities to a diverse student population within a service area that spans ten counties and the City of Emporia. He can be reached via email at quentin.johnson@southside.edu.

After the last broken pole has been replaced and all the downed power lines put back into place, plenty of... read more