Wallace Owen has faithfully served Lunenburg County Public Schools (LCPS) since 1985, and he is now receiving national-level recognition for that work. 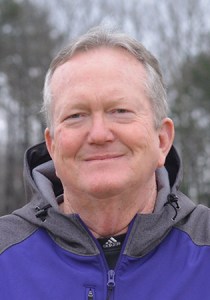 “In a year that challenged us all, we are honored to commend a group of six professionals who always adapt, persevere and rise to the occasion,” Pioneer Athletics stated on its website. “Members of this class not only take pride in creating an exceptional field of play, they’re proud to be impactful members of our industry and their communities.

“When the lights are low and the stands are empty, they show up for the grind,” the company added. “What may look like a patch of grass or pile of dirt to some is tradition, community and home to our 2021 class of Pioneers. To the professionals who have set the stage for comebacks, underdog triumphs and shocking wins: We’re thrilled to be able to share a part of your story.”

At www.pioneerathletics.com/blog/wallace-owen, the company has written a feature story on Owen, highlighting his contributions down through the years. Among those offering perspective in the feature are Cal Spencer, a former player of Owen’s; William Thomas, current Central varsity football head coach; and Chip Chappell, former Central varsity football coach.

Other members of the Pioneers in the Field Class of 2021 include Tom Nielsen, head groundskeeper at Lynn Family Stadium in Louisville, Kentucky, and former member of the Milwaukee Brewers staff; and Michael Saaranen, athletic field operations supervisor for Denver City Parks and Recreation who oversees 220 fields.

“I looked at some of the other people that were on the list, and most of them are (from) very large and, from what I could see, affluent operations,” Owen said. “I guess I feel like I was kind of representative of the coaches that have to get behind that paint machine and do most of the field work on their own.

“It’s an honor to me to represent that group because I know there’s a lot — especially in our area — that have to balance coaching and teaching and taking care of the field and marking the field.”

Owen noted Pioneer Athletics is the brand of paint that Lunenburg schools have used through the years, and the feature states he has most likely walked more than 1,000 miles behind a paint machine.

“I appreciate the people that nominated me from this area,” Owen said, “and I appreciate the kind words (from) my associates, friends, Coach Thomas and Coach Chappell and Cal Spencer, who’s got a busy schedule and he took time to put his kind words in there too.

“I’m basically a humble person, and I don’t expect a lot of ballyhoo, so I kind of approach this with mixed emotions,” he added. “I guess anybody’s happy to get recognition, but sometimes I feel a little humbled by it, because it’s a lot of other hands, a lot of other people that have always been there that helped me and worked with me in everything we’ve done.”

LCPS Superintendent Charles Berkley described Owen as part of the foundation of the athletic department in Lunenburg County.

“He’s been a mainstay,” Berkeley said. “He graduated from Randolph-Henry, so he graduated as a Statesmen, he lives over there in Cougar country in Nottoway, but his heart bleeds (Chargers) purple and gold. He has been with us for a long, long time, and we are very proud of what he has accomplished and what he has done for the student-athletes here in Lunenburg County.”

The Longwood University softball team opened its 2021 season with a 1-3 showing at the Georgia Classic this past weekend... read more