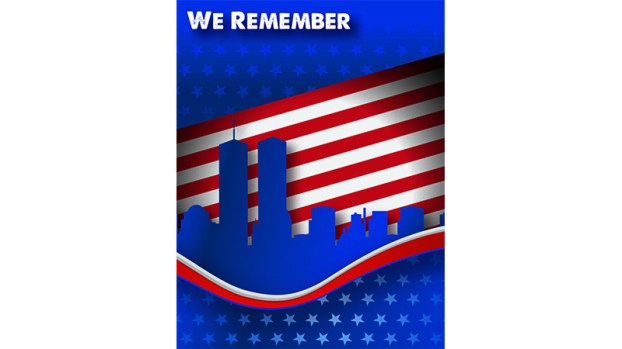 The Kenbridge-Victoria Dispatch asked people for their memories of where they were, what they were doing and what they were thinking on Sept. 11, 2001. These responses were solicited in the newspaper, on Facebook and on our website, inviting people to respond via the website, Facebook or email. Below are some of the responses we received. Responses have been edited for spelling, grammar, style and length.

I was at my mother’s house with my newborn son. My big brother was in the military and at the time he was stationed in Washington DC. I couldn’t turn away from the TV. Then around 2 in the afternoon the phone rang and it was him. He only had a minute but wanted to let us know that he was all right. Relief washed over me and I didn’t realize it until that moment that I hadn’t taken a real breath since the news is started.

I was teaching third grade at Victoria Elementary School. I remember walking with my children down the hallway toward the gym and Dave Peters, the PE teacher, came down the hallway and told us what had happened. I remember not even feeling like I could comprehend what was being said. I remember feeling so empty, so concerned for the future of our country, worried about our troops, and numb thinking about the evil that was happening around us.

I also remember being checked on by family and friends that day and in the days to come. I remember Americans becoming a united force again. I remember that you could not find an American flag to fly because all were bought and placed out with pride. Stores were sold out. I remember churches being open for prayers, people donating blood, and America forgetting our differences and focusing on what made us united. I remember people praying and asking God to help us, to be with us, and to guide us. We became one nation under God again.

I remember being afraid for my own children — what would the future of America look like? I remember meeting around the flagpole to pray in the mornings to come, holding hands with fellow Americans, wearing red, white and blue, and being proud to be an American.

We are the home of the free because of the brave and I will never be able to fully show my appreciation for those that have served this wonderful country that we live in. May we never forget that the life we live is one that many only dream of having.

At work and very pregnant with my first child while my husband was working at Dulles Airport for work. Cellphone service was overloaded and I was in the dark if husband was OK. Thankfully he was!

I was in first grade at Pineville Elementary School in Long Beach, Mississippi. The reason I joined the army when I turned 18 and served in the 82nd airborne division

I was working at Valutree Tax Service a subsidiary of SunTrust. Myself and several managers were on our way to the funeral of a co-worker who was a retired marine. It was a sad day all-around.

I was looking at the morning news. I was working at Time Life Music, the break room was full with people looking at breaking news. I called a friend that worked a few blocks from the twin towers and told her what was going on — thank God for old landline phones.

I was a senior at Central High School. I was in Mark Bailey’s class when they turned the TV on! We were all in complete shock! The world truly stopped turning on that September day.

I was working at Fort Pickett on that horrible Tuesday, Me and another co-worker watched it all on live TV. I’ll never forget that day and every anniversary since.

I was teaching eighth grade physical science at John Rolfe Middle School in Henrico County. I had a class full of students and heard some teachers in the hall discussing it, but I didn’t get any details on what had happened. Then the AP came by and said, “Do not turn on the TV,” but she did allow me to step outside so she could fill me in.

I am sitting in the transportation office at Cumberland County Public Schools talking with my boss and four other bus drivers when it came over the TV in his office. Just unbelievable what we were hearing and seeing. Started praying for the people in New York and the United States to keep us protected. We all wanted to go back to the schools to get our children.

I was teaching sixth grade math at Fairfield Middle School in Henrico, near the Richmond airport. Our school went on lockdown, and once that was lifted, teachers gathered in the library during their planning periods to watch the news. It was a feeling like no other.

My now husband was deployed on a navy ship and I was working at a school. I saw the video on a TV in the teachers’ lounge. The school was in lock-down. We lived in Chesapeake at the time. I remember freaking out because he wasn’t able to answer my emails.

I was at home with my one year old son. I normally kept the TV off during the day, but it was on for some reason that day when there was breaking news. They didn’t know what caused the first plane to hit the tower and while they were broadcasting live, the second plane hit. That’s when it was said they believed we were under some kind of terrorist attack and they discovered a third plane was hijacked, but still in the air. It was the strangest feeling and so scary at the same time — the uncertainty of what would be next was the worst. Something I will never forget.

I was a freshman at Longwood College, in biology class. All of the TVs came on, and we watched in horror and silence. When the news reported the Pentagon had been hit, several students jumped up and ran to their dorms because their parents worked there. It was surreal.

Senior at Central High School, I went to the nurse for Tylenol and heard it on her radio.

On the morning of September 11, 2001, 19 terrorists hijacked four commercial airplanes bound for California. The planes departed from... read more