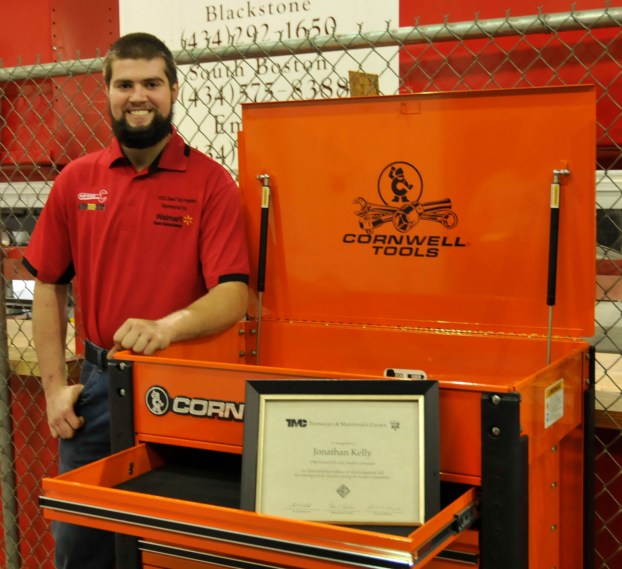 Kelly, along with nine other students from various schools, was sponsored by Wal-Mart Transportation for the event. Kelly competed with 38 students from tech schools around the nation such as Wyoming Tech, Lincoln Tech, Forsyth Tech and Mid Florida Tech. This is the second year of the Future Tech competition as the industry tries to promote future technician development by getting the next generations involved.

With a total of 13 stations such as ASE written, electrical, lighting systems, torque, fasteners, drive belts and wheel end, he received the top score in six of the 13 stations as well as reserve champion overall.

Bryan Lewis, a part time instructor in the Diesel Tech program at SVCC and winner of numerous professional Super Tech titles, was a training facilitator for the event.  Prizes won by Kelly included a Cornwell tool box and tools, Imperial cordless flash light and numerous other cash prizes.

A graduate of the Diesel Tech program, Kelly is currently enrolled in the college’s Automotive  program.  He has worked part time for the past eight months for Automotive Excellence  in Blackstone.

The Diesel Technician Program is offered at the Pickett site of SVCC.

Kelly is the son of Jarrett and Andrea Kelly.

Battle of The Brains compete in match

“Excuse me, ladies and gentlemen, we have a battle to win.” With these words, Bill Wellman, Brenda Meshejian and the... read more