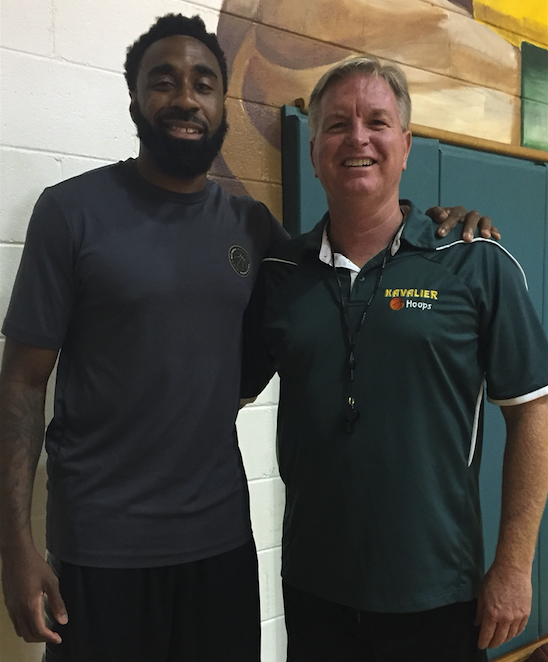 Kenston Forest School says goodbye this summer to Bart Bellairs, its athletic director of the past two years, who is moving back to Kentucky, but the Kavaliers are left with the benefit provided by a man who gained extensive experience while coaching college basketball at the highest levels.

He has spent more than 30 years as coach on the hardwood, with two of them coming at the high school level.

In a feature highlighting overlooked standouts, Sports Illustrated once declared Bellairs the Unknown Coach of the Year.

A member of the hall of fame at Warren Wilson College in Asheville, North Carolina, where he played for four years, Bellairs deflects the praise that has come his way.

“I was just OK, but I had great people around me,” he said.

He climbed up through the coaching ranks largely during the 1980s.

After wrapping up his playing career at Warren Wilson, Bellairs served as the junior varsity coach at Lycoming College in Williamsport, Pennsylvania, for the 1979-80 season.

He was a graduate assistant at Western Illinois University during the 1980-81 season while getting his master’s degree.

This was followed by a two-year stint as an assistant coach at Wilkes University in Wilkes-Barre, Pennsylvania. Then from 1983-85, he served as the Wilkes head coach.

But Bellairs left UMass to rejoin another standout college head coach, Charles “Lefty” Driesell, who was coaching at James Madison University. Bellairs was first assistant for the Dukes from 1988-93, leading up to his head coaching tenure at VMI, which ran 1994-2005.

During that tenure, he became the winningest coach in VMI history up until then. For several years, the Keydets led the nation in scoring at the NCAA Division I level.

Additionally, Bellairs spent some time as a member of the sports media.

“I worked for ESPN as a commentator for five years,” he said.

He got his first taste of coaching high school basketball in Lexington during the 2014-15 season when he led the Rockbridge County High School girls basketball team, which featured his daughter, Alli Bellairs.

This past year, he was the head coach of the Kenston Forest varsity boys basketball team.

The achievement of a preseason goal signaled 2017 as a positive year of growth for Kenston Forest School’s varsity baseball... read more