Medicare-X plan would provide low cost insurance to all

Such a snapshot doesn’t appear the least bit newsworthy until one reads the caption: “Old Age Pension Vouchers Signed—John J. Corson, former Richmonder who is now director of the Division for Old Age and Survivors, signs the first set of vouchers for those to get benefits starting in February, at the Social Security Board’s Washington offices.” 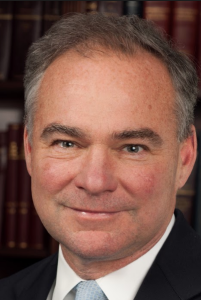 For 80 years, Social Security has been the bedrock of a dignified retirement. Not only has the number of recipients grown, but the kinds of benefits Social Security offers have expanded too. For example, Social Security now provides a lifeline to more than 200,000 disabled Virginians.

In addition, Congress has periodically built upon the original law to create adjacent programs to address our country’s needs. Perhaps the most famous of these additions are Medicare and Medicaid, created in 1965 to provide health insurance for the elderly and impoverished. In 2020, Medicare serves more than 1.5 million across the commonwealth, and Medicaid serves more than 1.4 million.

To this day, we continue to expand on Social Security, Medicare, and Medicaid. In the past decade, the Affordable Care Act has encouraged states to expand their Medicaid programs. Because of Virginia’s expansion in 2018, more than 436,000 Virginians who might otherwise not have health insurance now do. These initiatives have been essential for improving children and families’ health and giving older Americans good living standards after a lifetime of work.

Now, though, Social Security, Medicare, and their related programs face an uncertain future. Social Security projects that it will become insolvent in 2035, and the Medicare Hospital Insurance Trust Fund projects its own insolvency in 2026.

Further, persistent calls to privatize Social Security and new ones from the Trump Administration to turn Medicaid into a block-grant program or even abolish the recent Medicaid expansion altogether threaten to undermine the work of the past 85 years. 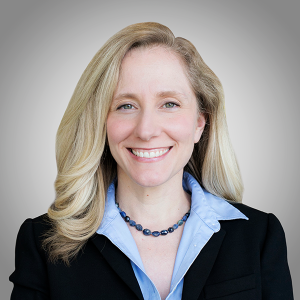 With Medicare and Medicaid celebrating their 55th anniversary on July 30 and Social Security its 85th on August 14, what can we do to protect these integral parts of American prosperity?

The answer is two-fold. First, we should reject efforts to gut these programs. Block-granting Medicaid would likely mean far less federal funding for Virginia’s Medicaid program, making it unable to effectively respond to current and future public health emergencies like COVID-19. One need only look at the recent economic volatility to doubt betting our national retirement insurance on market success.

Instead of overhauling foundational programs that have worked for the better part of the past century, we should discuss ways to strengthen them. One such way would be to give Medicare the power to negotiate drug prices with pharmaceutical companies, as private insurers do. With 45 million Americans enrolled in its prescription drug program, Medicare’s bargaining power could guarantee significant savings.

Second, as Congress did in 1965, we should look at ways to build upon the Social Security and Medicare frameworks.

Both of us are proud advocates of Medicare-X—a proposed voluntary public plan that would build on Medicare and the ACA to offer individuals, families, and small businesses low-cost health insurance. Under the Medicare-X Choice Act (coauthored by Senator Kaine and cosponsored by Congresswoman Spanberger), Medicare-X would use Medicare’s already existing network of doctors, fund itself without raising taxes or adding to the deficit, and be available on every ACA exchange in every ZIP code in the country only a few years after roll-out.

The COVID-19 pandemic and the administration’s efforts to repeal the ACA in court have added urgency to the need for every family to have affordable insurance, and a public option built upon systems already in place provides the easiest, most cost-efficient path toward that goal.

As we celebrate the 55th and 85th anniversaries of these programs, we must develop new ways to help them improve American lives for decades to come. That’s the promise our nation has made to the American people, and we would do right to keep it.

We have been inundated with data about the Coronavirus since March.  The news media has covered the issue relentlessly for... read more