Abernathy is certified as a Family Nurse Practitioner. She earned her Associate Degree of applied Science of Nursing in May 2004 from Southside Community College. In August of 2016, she earned a Bachelor of Science in Nursing from Western Governors University.  Then in March of 2020, Abernathy graduated from South University in Glen Allen with her Masters in Science of Nursing-Family Nurse Practitioner. 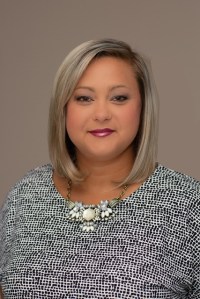 Abernathy has been a registered nurse (RN) for 16 years.  On July 20, Lindley became a Family Nurse Practitioner for Southern Dominion Health System.

Abernathy is a native of Victoria and is the daughter of Mike and Linda Walker.  She is married to her husband, Ryan Abernathy.  They have three children and reside on a family farm in Stony Creek.

Abernathy is currently seeing patients at Dinwiddie Medical Center and Lunenburg Medical.  She is splitting her time between these two sites. Appointments may be made by calling (804) 469-3731 -Dinwiddie and (434) 696-2165 – Lunenburg.