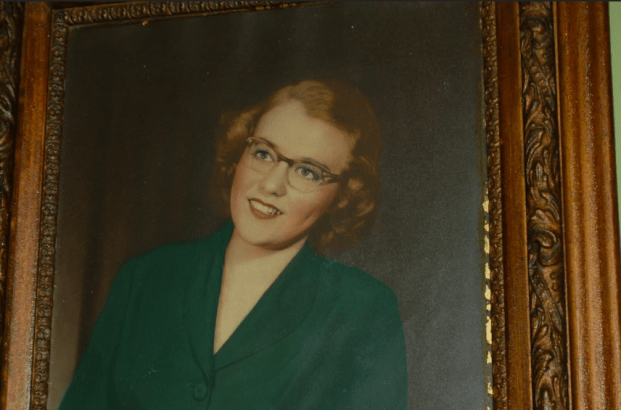 Late restaurant founder remembered; Mildred Carter ‘got along with everybody’

Mildred Williams Carter — the founder of Mildred’s Meals in Kenbridge — is being remembered by the community as a welcoming woman who never knew a stranger and whose cooking became a staple in the Kenbridge community,

She started Mildred’s Meals in 1982, according to an obituary published by Clarke & Staples Funeral Home, and operated the restaurant until illness forced her to retire in 2013.

Carter’s restaurant was well-known across Virginia for its delicious Southern dishes and friendly service.

Richard W. “Dickie” Harris, who took over ownership of the restaurant in 2013 but kept the original name, had known Mildred for about 65 years — most of his life.

He said they first met at Free State Laundry, where Mildred went to work after graduating high school, according to Harris and her obituary.

Her warm and friendly demeanor had made her the perfect candidate to own the restaurant, Harris said.

“(Mildred) had the type of personality (as someone) who got along with everybody,” Harris said.

After working for Free State Laundry, Mildred went on to work at Mrs. Allen’s Tea Room where she became inspired to develop her cooking and management abilities, according to the obituary.

In 1982, Mildred bought The Tea Room and renamed the restaurant to Mildred’s Meals. Her Southern-style cooking was well-known and well-loved, both within and outside Kenbridge.

Harris said among the dishes Mildred made, he most fondly remembers her chocolate meringue pie and crab cakes — dishes, Harris said, said no can hold a candle to.

Nancy Snead, a legislative assistant for Del. Thomas C. Wright Jr., worked at Mildred’s Meals on and off for about 20 years, and said that when she went to Richmond to the Capitol, people frequently asked her about the restaurant, saying it was the best food they had ever eaten.

“The reputation for her restaurant was far and wide,” Snead said, who said a favorite dish of hers is Mildred’s Brunswick Stew with barbecue and sauce that Mildred would make in-house.

Snead joked that she and others would chide Mildred to stop being so generous with per portions.

She said Mildred would offer help to anyone in the community who needed it.

“She was a local of a person as you could be,” Snead said.

Snead said she could not count how many full-time cooks have stayed at the restaurant for years, and that a rite of passage for many teens was waiting tables at Mildred’s Meals.

She described Mildred as a generous and talented individual who worked tirelessly to make Mildred’s Meals a service and staple to the Kenbridge.

“(She was) a good person to work for,” Snead said.

Harris said Mildred’s ability to create lasting friendships daily brings people to the restaurant, some who live out of town, to inquire about Mildred, even to this day.

“She is a very special lady,” Harris said. “She has already been missed.”

A tractor-trailer hauling logs overturned in a curve on Double Bridge Road early Friday afternoon between Meherrin and Nutbush in... read more