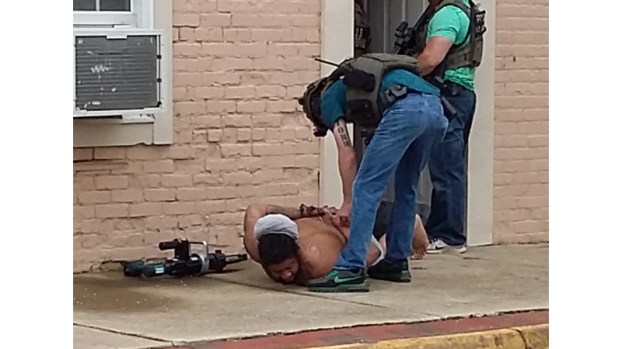 U.S. Marshals from the Fugitive Task Force arrested a North Carolina man for a probation violation Thursday, May 28 in Victoria.

Tony Mitchell Martin Jr., 37, was arrested at 1800 Main St., Apartment C Thursday morning for violating the terms of his probation. Martin had been out of federal prison since May of 2019. Kevin Connolly, supervisor of the U.S. Marshals Fugitive Task Force in Richmond, said Martin was wanted on federal gun charges which violated his probation.

“We located him and he was arrested without incident,” Connolly said.

Martin, of Greensboro, North Carolina, was one of seven men charged with murder after an attempted robbery, which resulted in the death of 38-year-old Humberten “Bert” Valdez of Reidsville, North Carolina in 2001. An autopsy report concluded Valdez died of a single gunshot to the chest.

Connolly said Martin would have a hearing in federal court where he will likely be moved back to the Eastern District of North Carolina where he will face trial for the gun charges related to the probation violation. 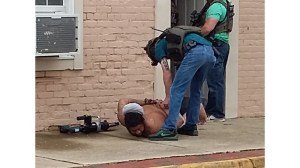