Wells to retire from Farm Bureau after 26 years

Darlene P. Wells, a native of Kenbridge, will conclude her 26-year career with Virginia Farm Bureau Mutual Insurance Company in June. She will step down as VFBMIC executive vice president and CEO of Countryway Insurance Co., a position she has held since 2013. 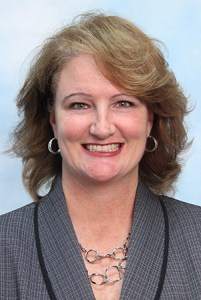 Under her direction, VFBMIC has been named among Ward’s top 50 property and casualty companies multiple times. The list is compiled by Ward Group, a consulting firm specializing in the insurance industry and a leading provider of industry benchmarking. Each year Ward Group analyzes the financial performance of nearly 2,900 property and casualty insurance companies in the U.S. and identifies top performers.

Wells also led the company to an “A” rating from AM Best in 2020. That was the first time in 25 years that VFBMIC had been given the top financial-strength rating. The “A” rating applied to VFBMIC, the state’s largest property and casualty company with premiums over $320 million. It also applied to the company’s wholly owned subsidiary, Countryway Insurance Company. AM Best, the world’s largest credit-rating agency, assesses the creditworthiness of more than 16,000 insurance companies worldwide.

Wells began working for Virginia Farm Bureau Mutual Insurance Company in 1995 as a market analyst in the Underwriting Department’s research and development division. Two years later she was promoted to manager, and less than a year afterward she was named director of the underwriting department. In January 2009 she was promoted to senior vice president of operations, overseeing the underwriting, policy services, claims and information services departments.

During Wells’ tenure, VFBMIC increased company surplus more than 400%. She also was instrumental in the acquisition of Countryway Insurance Company, and co-founded FBAlliance Insurance Company, which provides Farm Bureau insurance products to members in other states.